Tote Bags made from printed cotton based on the colourful patterns from the designer. 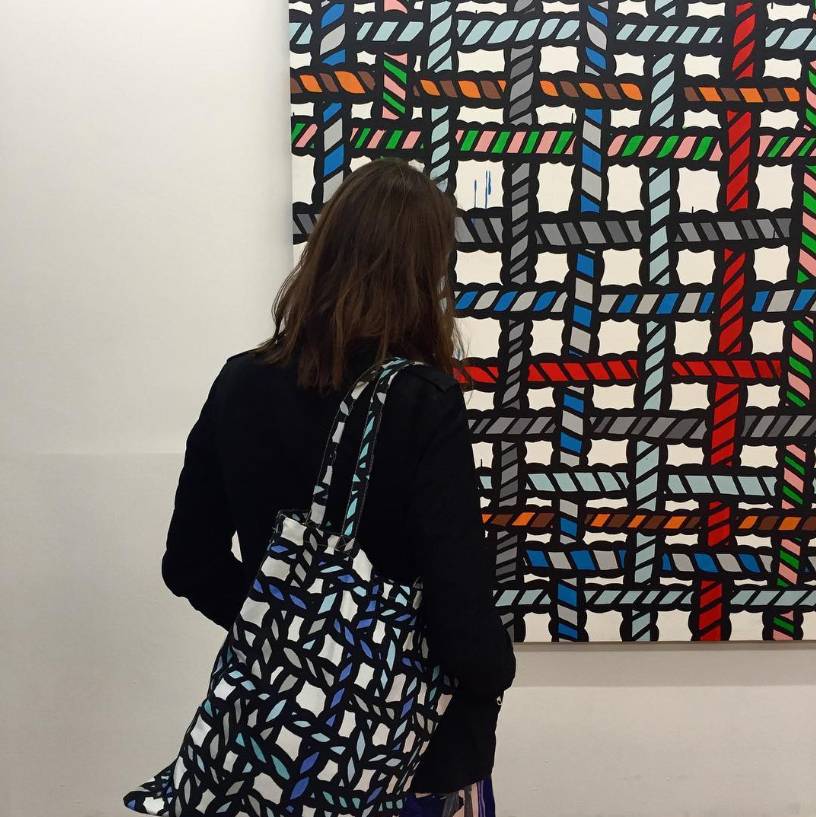 Richard Woods was born in Chester, England and received a Masters degree from the Slade School of Fine Art in 1990. His process, form conception to creation, involves elements of design, architecture, and art. He often devises entire spaces that incorporate his bold prints onto every surface.

Woods trained as a sculptor but would rather think of his work in terms of surfaces.

His architectural interventions ard chiefly concerned with the re-surfacing of existing structures, and they propose an absurd twist on the cult of home improvement and DIY aesthetics. Over the past few years, he has designed a sensational interior for the Comme des Garcons' flagship store in Osaka, orchestrated the mock Tudor overhaul of a private residence for its new owner, Jeffrey Deitch.

In 2003, his re-paving of a cloistered courtyard was the centrepiece of The Henry Moore Foundation's exhibition at the 50th International Venice Biennale of Art. Works by Richard Woods are held in major collections including the Saatchi Collection, Arts Council England, and the British Museum.